TL;DR There is no one “canonical” definition of OOP. There are at least two of them. From my POV there are two big definitions, which deserves separate names. I named them after biggest advocates. Those two definition have some differences and some commonalities.

I was about to get into another argue on OOP on the internet. I decided to do some research on the subject. I found more than one definition of OOP. Some of the definitions are variations of the same “tune”, some are useless. On my opinion there are two main directions of thoughts in this domain, which from two schools of OOP. School as in school of thought. The same way as there were philosophical schools in ancient Greece. The same way there are two schools of OOP:

I must emphasize that this article is not about what is best way to do OOP, because such discussion will lead to holy war. Instead purpose of this article is to help to recognize the fact that there are two ways to think about OOP. I believe this will help to build more constructive discussions about OOP. Next time you will start discussion on OOP or OOP vs

I choose Alan Kay and Bjarne Stroustrup as founders of schools, because they are big advocates of OOP and authors of first OOP languages of each school correspondingly. I’m aware that there are arguments on which programming language is the first OOP language and who invented OOP. See history section. 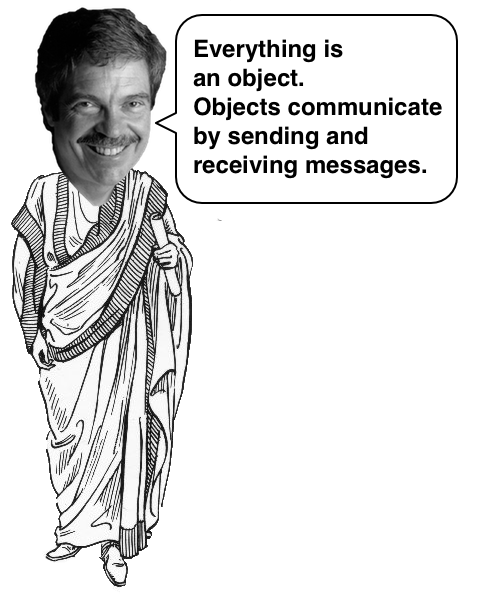 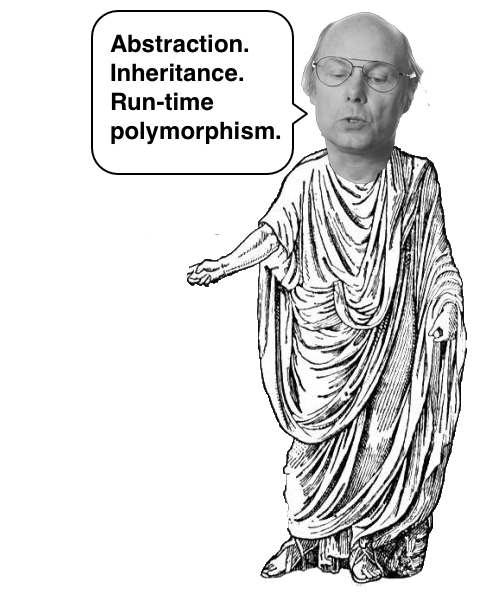 The Early History Of Smalltalk

This definition is derived from early versions of SmallTalk (SmallTalk-72?), and rules 5 and 6 clearly show SmallTalk's Lisp heritage. Kay remarked as such, noting that rules 4-6 would mutate as SmallTalk developed.

Other note which emphasize messaging:

OOP to me means only messaging, local retention and protection and hiding of state-process, and extreme late-binding of all things. It can be done in SmallTalk and in LISP. There are possibly other systems in which this is possible, but I’m not aware of them.

Bjarne Stroustrup, Why C++ is not just an Object-Oriented Programming Language

What is the right definition?

This question will still arise, so I’m feel it would be right to give my opinion before holy war started.

Short answer: this is wrong question to ask. Alan Kay coined the term (I do not like word “invented” in this context) and theory behind it. Stroustrup used the same term (maybe not he, maybe it was media fuss, maybe it was done unintentionally) and gave it other definition. No reason to get crazy about this. Happened millions time before:

And as of now there are a lot of people who follows one or another school. So it would make not much sense to say that some of definition is better because it was invented first or have more followers. The only reasonable thing we can do is to give them proper names and not confuse with each other.

Definitions are not completely different they just focused on different things. The same way as you ask what is difference between fruits and vegetables, answer depends on who you are asking cook or botanist.

Messages from actor model are not the same messages from Kay's OOP. But both concept share idea of communication via messages

From my POV Jonathan Rees definition is just variation of Alan Kay’s.

For me this view gives some insight, but same time opens even more questions.